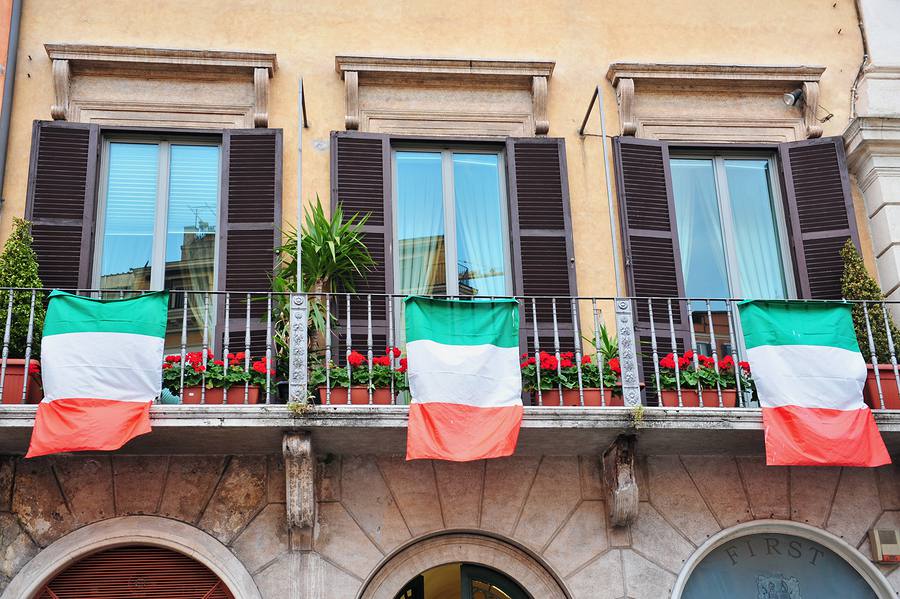 Sunshine and pizza every day: dolce vita dreamers often have a certain perception of what they think life in Italy will be like, but that can differ wildly from the actual truth. As an 11-year local in Tuscany, here are six common misconceptions people tend to have about life in Italy.

Italians eat pizza or pasta for every meal 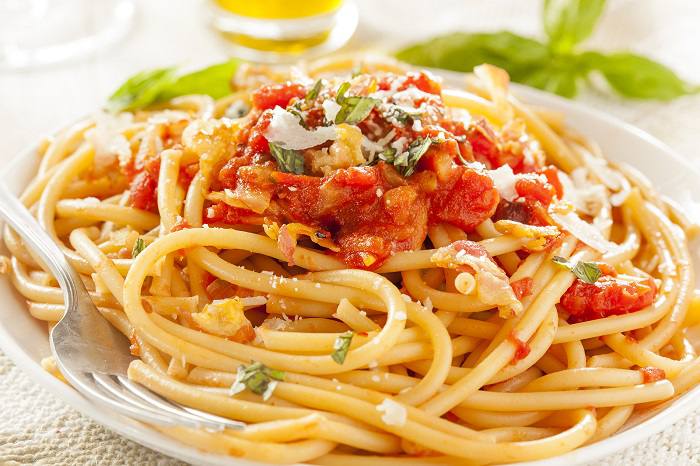 A huge plate of pasta

Without fail, friends who have recently visited Italy talk excitedly about all of the carbs they consumed in Italy before settling back into their routines of meal-planning and exercise classes. They assume that every day we down pizza, pasta, and cookies without a care for our waistlines (not true, Italians love the gym!) hence this being one misconception about Italian food that I’m happy to debunk.

It is quite true that pasta is a large part of the Mediterranean diet, however it is just one component of a rich and varied cuisine that is determined very much by the region in which you are located and by the season. For example, it is far more common to enjoy a corn-based dish like polenta in the northern mountainous regions than insalata caprese, a dish that finds its home in the southern part of the country. Luckily for our waistlines, it is very common to eat plenty of veggies, soups, salads, and meat courses – perhaps even more so than a daily portion of pasta.

Also, it is worth noting that portion sizes are often smaller and pasta dishes don’t generally come heaped with cheese or meat. More often than not it will be a simple vegetable or seasonal topping. This reflects the concept that the simplest of ingredients are used in what is now celebrated as cucina povera (literally meaning poor kitchen) that stems from when resourceful home cooks used whatever they had at home, such as stale bread, to create tasty dishes (like pappa al Pomodoro or ribollita) during tough times in Italy’s history. Dishes are often much simpler than you might think; as for knowing what is seasonal, don’t be scared to ask what to buy during any given month, something I often do at the market to get ideas on what to cook that week. If you happen to visit in Fall, you can taste “new oil” (fresh extra virgin olive oil) so plan your trip accordingly.

For vegetarians or those with serious gluten or dairy allergies, don’t be fooled into thinking that Italy isn’t a great option for you. As mentioned previously, there is a variety of food and more and more restaurants and grocery stores cater to those with allergies. Recently passed law makes restaurants list potential top allergens directly on their menu (you’ll see symbols and numbers next to dishes that correlate to the potential allergen listed at the back of the menu).

The weather is warm all year round! 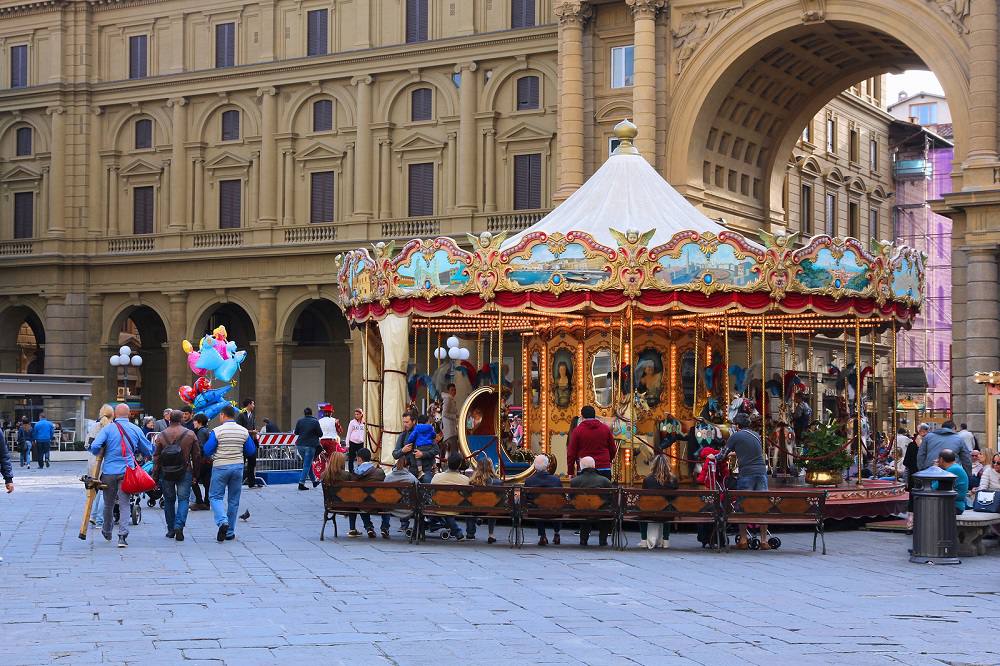 The most common I question is often about weather in Italy, specifically Florence; people often ask if they need to bring a jacket in months like November. Spoiler-alert, it gets cold, really cold, so much so I often wear a sweater and thick socks in my house, as the heater’s love for me only goes so far.

You’ll see the sunny weather myth perpetuate this sunny, pleasant weather country on social media as women pose in light, flowy dresses in cliff-side backgrounds like Positano all year around, however the truth is, we have seasons just like anywhere else. Heck, even Sicily can often get hit hard with a bitter cold front, so you want to pack accordingly. In fact, during Spring, Autumn and early winter it wouldn’t be at all uncommon to have a very gloomy, overcast and rainy week, this requiring a plan b if you plan on any outdoor activities, or even a wedding! In recent winters, Tuscany has even seen some snow. 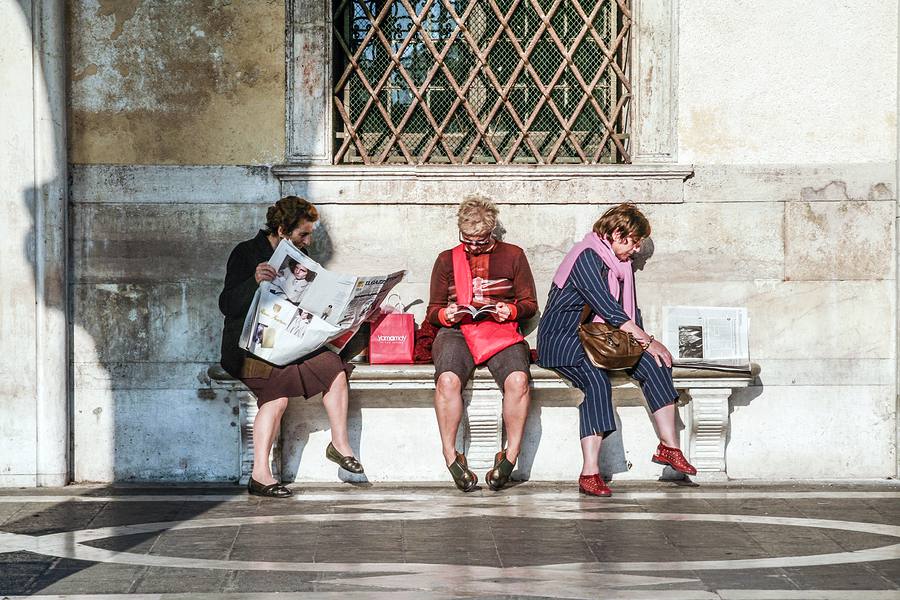 These ladies reading mid-day are probably on their lunch break

The image people often have of a country like Italy is of a laid-back Italian man, enjoying a coffee or cigarette while lounging against a wall or chatting with a friend in the middle of the day. This may have been the case in Marcello Mastoianni films set in the south over 50 years ago, and the myth is still perpetuated by over-worked dream-of-Italy filled foreigners.

Most people, like everywhere else in the world, not only work but typically can work very long hours, often even more so than my friends in the USA. That doesn’t mean that people don’t take time to enjoy their lives and have a proper vacation – though months off at the seaside are becoming less and less part of this culture as work culture has taken over.

The family structure here is quite strong, allowing for parental supplements for homes and vacations when possible, but life isn’t as easy and carefree as it may seem from the outside. I will say that one aspect of life here that I personally adore is the feeling that your job doesn’t always define you. It isn’t the first question asked upon meeting someone (generally), and people embrace their hobbies and interests outside of the workplace with gusto!

People are super friendly and making friends is easy! 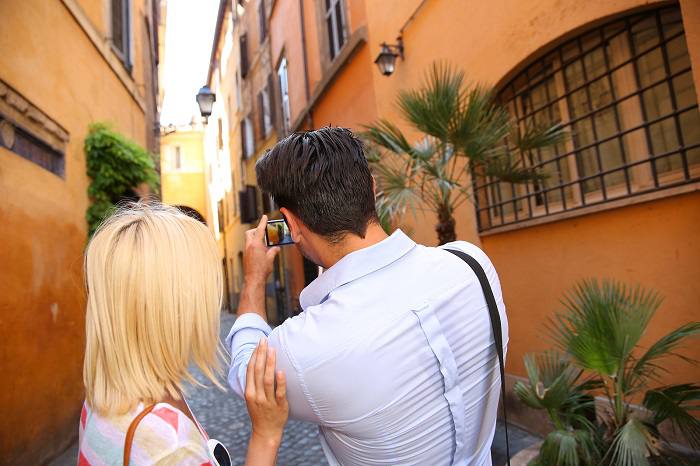 As a tourist, don’t expect to make immediate friends

I’ll never forget that first time that my dad visited Florence. Happy as can be, he wasted no time in forcibly integrating himself with my local neighborhood in a way that could seem pushy. Namely saying “ciao” to strangers on the street, over-sharing personal information and painfully mimicking an Italian accent that would have offended even an Olive Garden waiter. He’s my dad, he means well, and like a lot of people, he assumed that Italy was composed of a myriad of super-friendly, jovial people just waiting to start conversations on the streets with passersby. Of course, this isn’t the case.

Even my friends who live in small Tuscan towns and used to a higher level of hospitality can attest to the fact that it would be considered rather strange to greet a stranger and ask personal questions or share personal information immediately. People of course are polite and will indulge you but the right approach might to let the relationship grow slowly. Visit the same coffee bar over a period of time, start with light conversation and if you feel comfortable, then feel free to go a little deeper.

Many courses for every Italian meal

Roll up to any restaurant in the country and you will be enticed by tantalizing options for your antipasto, primo, secondo, contorni or dolce (appetizer, first course, main course, sides and dessert). Wanting to feel like a local, you’ll want to order everything and assume that it’s the “norm” — a decision you’ll often regret by the time the main course rolls around. Chances are you are sufficiently full from the previous two and end up picking at the rest of your meal. Considering that taking food home is still not the norm here (except in touristy centers) it can feel like a lot of waste!

Most people who go out to eat opt instead for scaling down their ordering to two courses, let’s say an appetizer and a first or second course and sometimes a shared dessert. Keep in mind that you can always share your dishes, something I often do with my husband since I want to try everything! Better to under-order than over-order and keep in mind you can always add to your order later or indulge in a gelato while walking home.

Italians are terrible drivers, be careful! 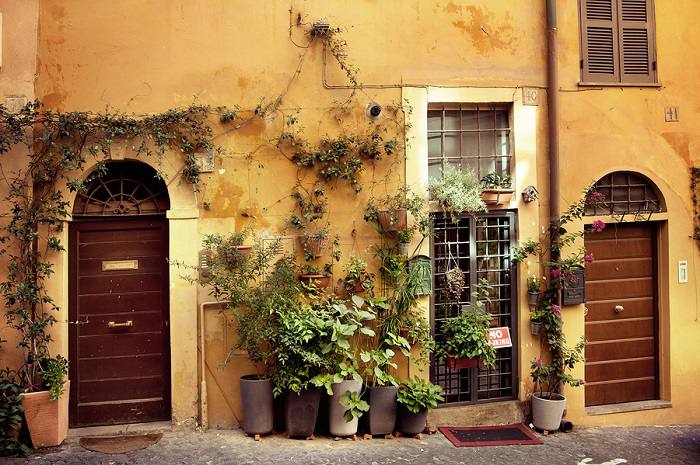 Driving here can be a little intimidating at first. I remember my first few years in Italy, watching in amazement as my friends zipped around hairpin turns and passed large trucks with a relative ease that would have almost certainly caused me a heart attack if I was the one behind the wheel. I have a theory about driving in Italy. People are great drivers but often choose to break the rules because of impatience or just because they know they can get away with it.

Most drivers I know are well trained in Italy to navigate situations that are trickier than those found in other countries where roads are wider and well maintained. Italians can safely navigate tiny mountain roads where you have honk at every turn, reverse up a hill to back out of a tiny parking spot, or parallel park in a busy intersection during rush hour.

However, the general feeling is that rules are meant to be broken in regards to driving etiquette which can give Italy a pretty well-deserved naughty-driver reputation. If you are cut off on the highway, don’t take it personally. Do your best to drive at the speed limit or near it and stay calm!