The best tips to photograph landscapes Around Siena with Antonio Cinotti 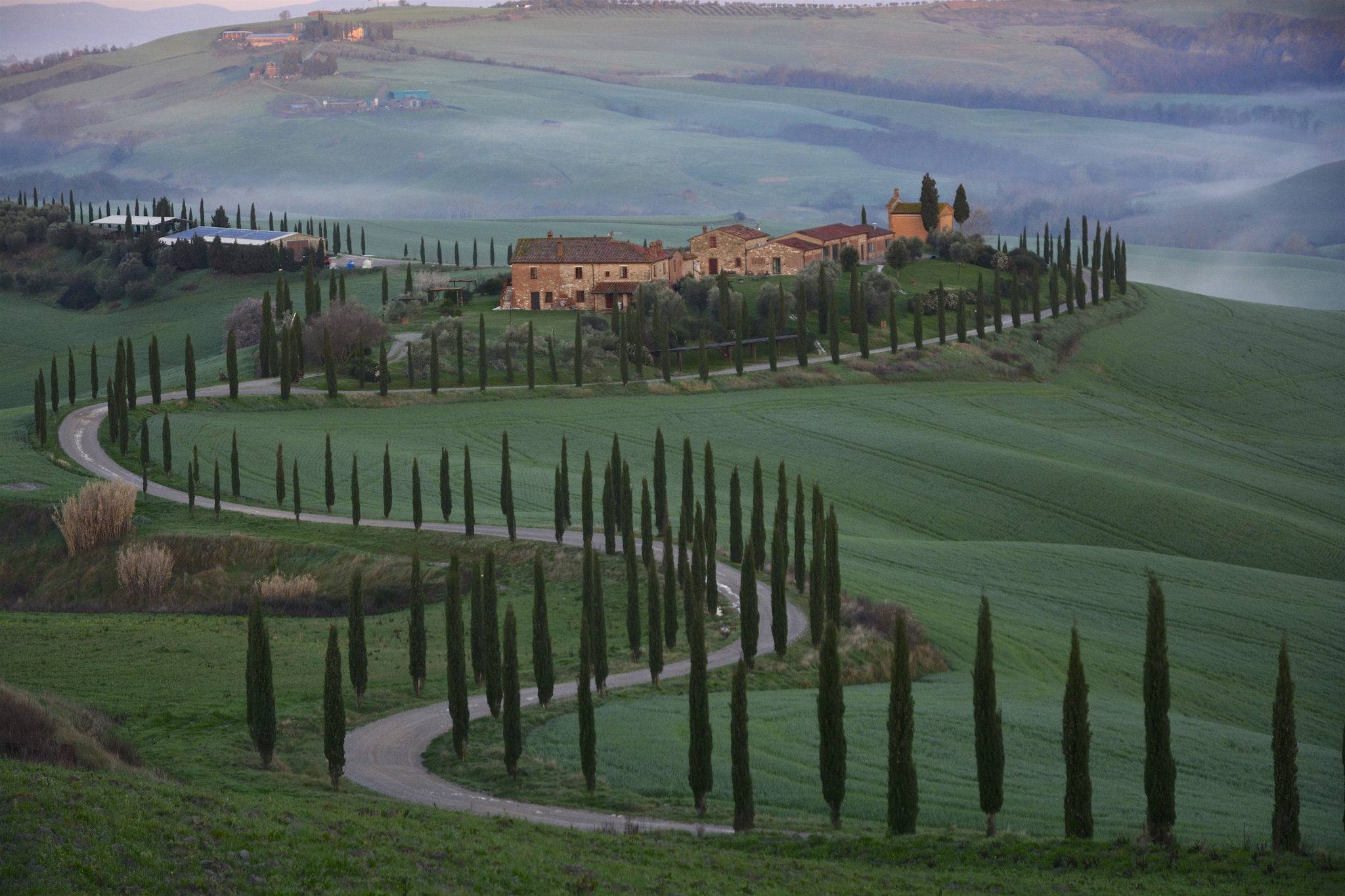 If you’re looking for great photographs in the Siena area, you’re liable to come across some by Antonio Cinotti (aka @antoncino on instagram and @AntonioCinotti on twitter). He is one of the most enthusiastic landscape photographers we’ve ever met, a generous soul who shares his tips both online and off, and a true lover of our territory. He works in social media and digital communication and every day he invests both time and money in spreading the word about the beauties of the countryside outside of Siena. Today we asked him for a few tips on the best places to photograph landscapes around Siena. Antonio, your photos of the countryside around Siena are these amazing postcards that are shared by all lovers of this territory! Tell us how you started photographing this subject.

Don’t exaggerate! Seriously, my photos are testimony of a unique territory. Recently, the Region of Tuscany ran a campaign about being the most beautiful region in the world because it contains 7 UNESCO sites. So I got to thinking and realized that the province of Siena contains 4 of those: Siena historic center, San Gimignano, Piensa and the Val d’Orcia. So we could say this is the most beautiful province in the world! 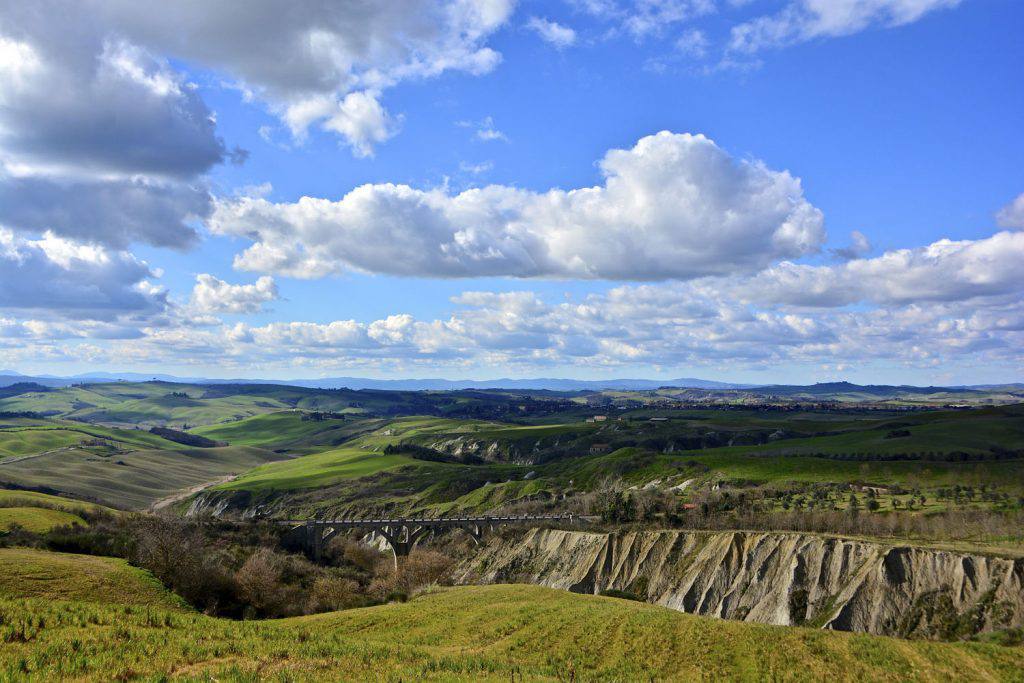 I’ve always been passionate about this territory – during university, I used to go out on my motorcycle and study around in the landscape. Let’s say that didn’t exactly help me graduate on time! But I’ve seen a lot of small towns that many people don’t know about!

My love of photography has grown with time, it came naturally as a desire to stop these places in time, and has become a huge passion. I began quite logically with the territory just outside my window. I got my first DSLR from my wife, Francesca, and started learning how to better control the shots with its features. Then I did a workshop with Sandro Santioli, a National Geographic photographer, which really made me realize what it means to “photograph” – I realized I was doing everything wrong! 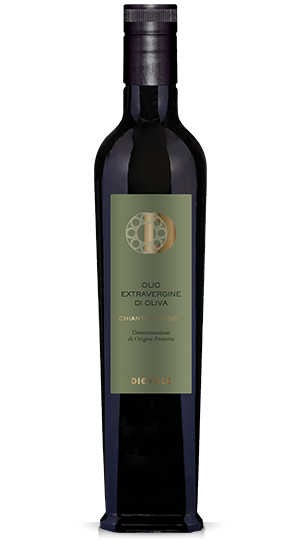 Tell us about your generous choice of licensing all your photos in creative commons on Flickr?

Since I’m not a professional photographer but truly an “amateur”, that should be enough to answer your question. 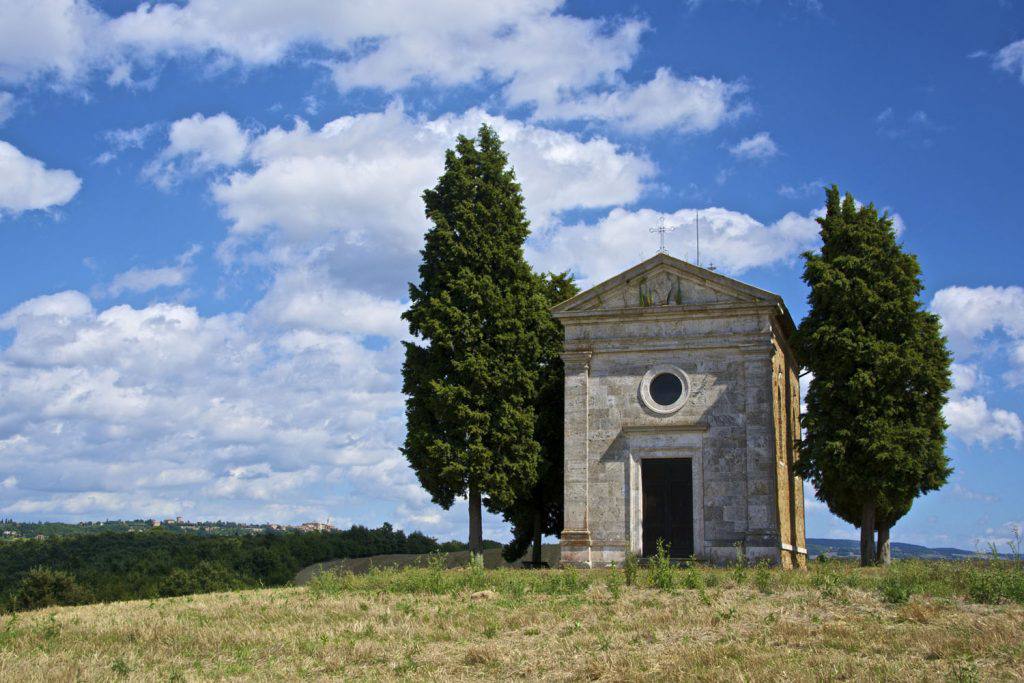 Antonio Cinotti: The Vitaleta Chapel on the way from San Quirico d’Orcia to Pienza

Creative Commons licensing makes it possible for them to be used for non-commercial means just by citing the photographer, and that is in line with my reason for photographing. My photos have been used by BBC Culture, the Region of Tuscan, on Italia.it which is the official tourism portal of Italy, and shared on Flickr’s official social media. As I’m not a professional, all I care about is just being credited for my work.

I also am a contributor for Getty Images, where I put some of my other photos… I take a lot of photos, unlike some professionals, so I end up with tons and I love to share them.

What tips do you have for visitors to Tuscany if they want to create and capture a similar visual experience?

Get a rental car and enjoy the Chianti area (which may soon enter the UNESCO heritage list too!), Asciano and the Crete Senesi, the Val d’Orcia, and maybe the other nearby valleys: Merse, Elsa, and the Amiata mountain range. 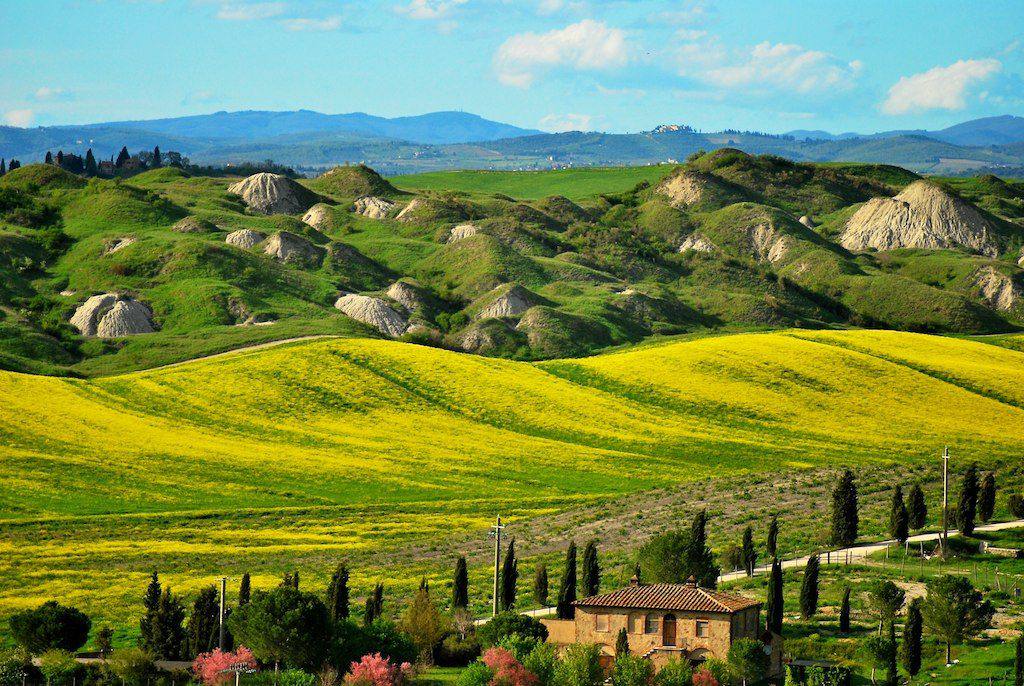 Often I tell people not to just come to this area for one day to visit Siena but to take a whole week to explore the terrotory around Siena. [We’d suggest staying at Dievole 🙂 ]

How does one avoid the clichés of photographing in such a beautiful but much-shot area?

People who follow me on Flickr and Instagram know that I have a huge love of the Crete Senesi, in particular in the comune of Asciano. Probably this is because my family loves the paintings of Dario Neri, a Sienese painter who was my paternal grandfather’s uncle – he painted the Crete in every season. My wife works in Asciano. The way I see it, it’s just a photographer’s paradise! The soft rolling hills that are typical of this area provide a unique point of view at every time of day, from sunrise to sunset (and even at night!).

Would you share some secret photo spots with us?

My favourite spots to take photographs in this area are the names of places most people have never heard of. Baccoleno, Mucigliani, Vescona, Leonina (with the art installation Sito Transitorio), Medane, San Martino in Grania, Torre a Castello, Monte Sante Marie, also Montisi, Chiusure, San Giovanni d’Asso and Trequanda. 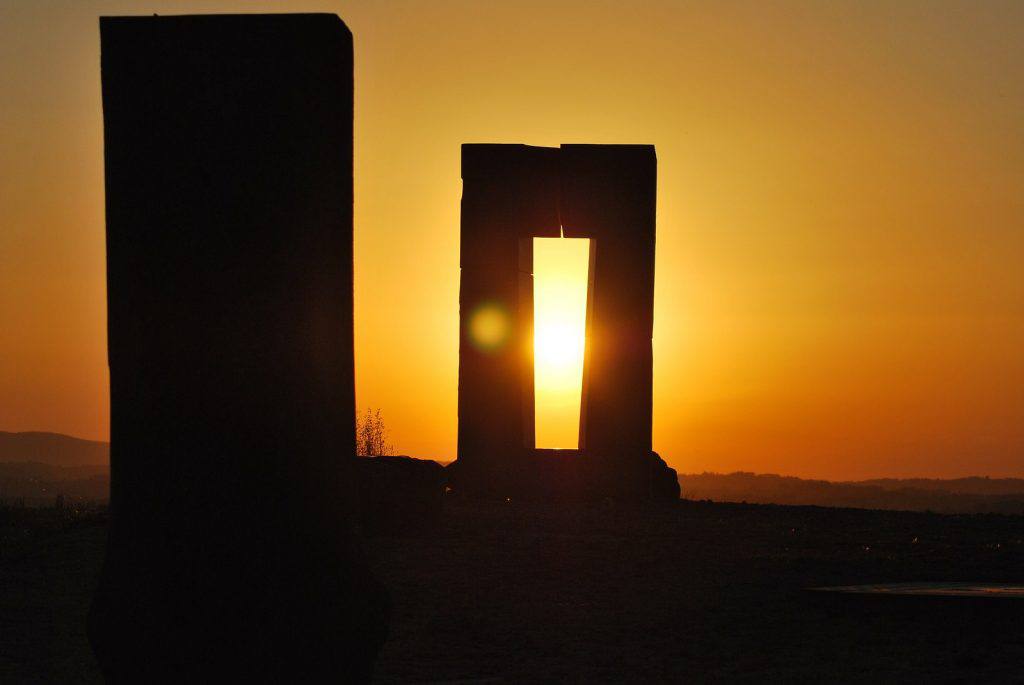 The whole area near Asciano is beautiful as is the center of that town, so very Tuscan. I recommend heading from Taverne d’Arbia in the direction of Asciano along the Strada Lauretana, and then when you see a dirt road that isn’t private, head in there wherever you can. Driving 20 kilometers can take 5-6 hours if you take the very small roads and stop frequently to capture what you see.

Until about a month ago I couldn’t have told you, but now I know – it’s this one: 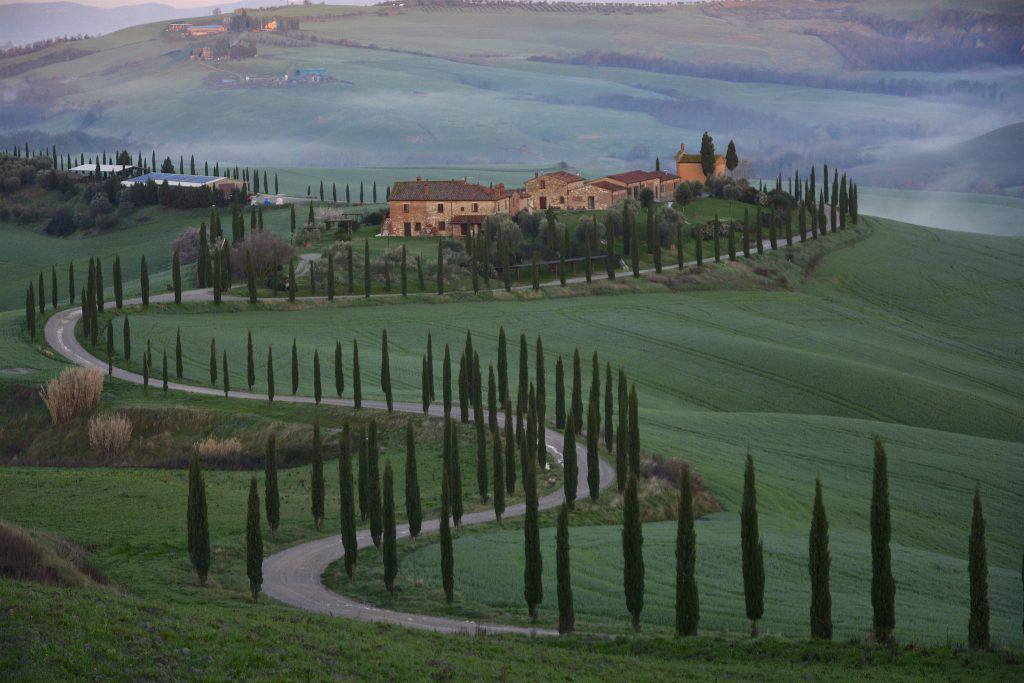 I shot it at sunrise at Baccoloeno, a splendid small town on the road from Asciano to San Giovanni d’Asso, which Flickr put in its “Explore” section which is their pick of the 500 most interesting photos on that network – amongst the over a million photos that get uploaded every day. Then Flickr posted it to their official Facebook and Twitter accounts! I almost had a heart attack. I went there three mornings when the light just wasn’t right, but obviously persistence has its benefits. 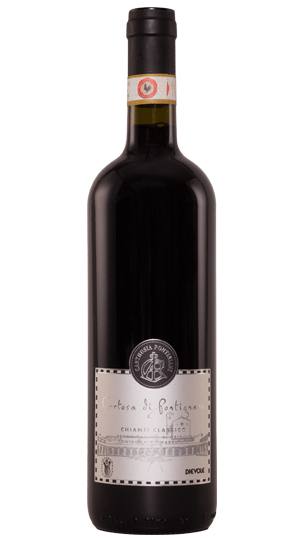 You also have a project for the promotion of your territory, Around Siena (we follow you!). Want to tell us more? Sure! Around Siena began as a declaration of love for the province of Siena, a project that uses social media to enhance the official communication provided by the city and province, as these are currently in a chaotic moment of flux for political reasons. While institutional communication has its limits, a private initiative like ours can do whatever it wants. We’re 5 partners and we support various digital and offline activities in the area. We won a prize in 2014 for a project we proposed, in 2015 we organized a really cool photo workshop with Sandro Santioli of National Geographic on a historic train, and we have numerous projects planned for 2016.