13 Hilarious Italian Expressions You Should Definitely Use 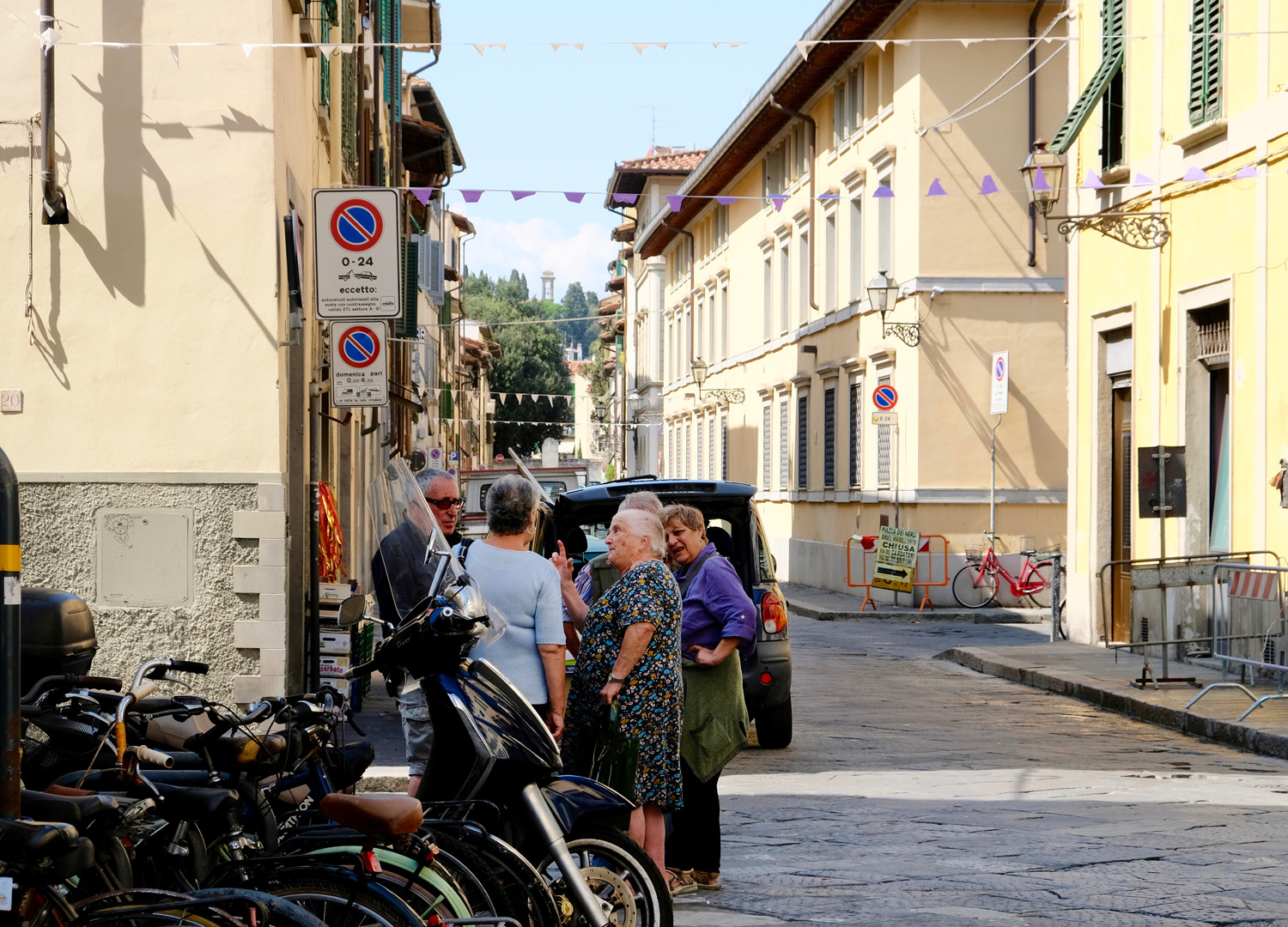 There are a few Italian expressions that will have you laughing when you hear them, especially in translation. Let’s learn a few to use on your next trip!

Making daily language mishaps in Italian has become part of my daily routine. The second I start to feel most confident, throwing out expressions without thinking, is when I accidently mutter an expletive at the most inopportune moment. There are some words that I will never be comfortable saying, like the word for fig, the double “n” in anno (year) or penne (type of pasta), for risk of mistakenly mentioning a rude body part. It might seem silly to live with a constant stream of errors but if I’ve learned anything it is that learning a language is so much more than literal translations. In Italian, there are plenty of popular expressions worth learning as you find yourself on an Italian language journey; here are thirteen hilarious Italian expressions that you should know, if not start using yourself! 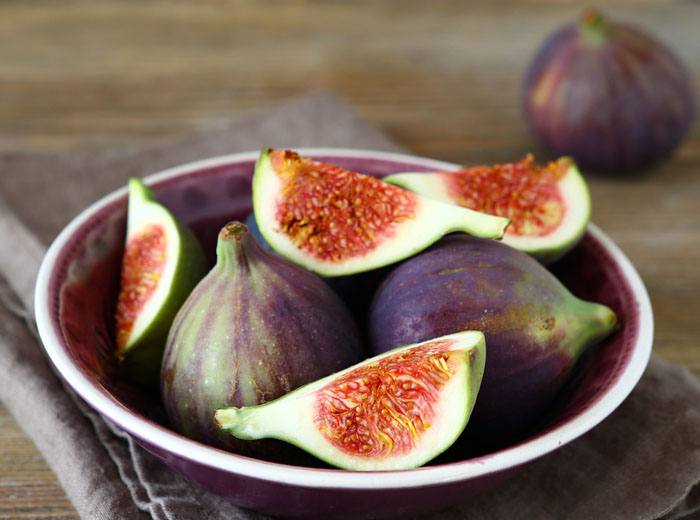 Not these kinds of figs.

Since we should really start this on a positive note, “Che Figata” will have you fitting in with your new Italian friends in no time. The literal meaning is “What a Fig” and don’t get me wrong, who doesn’t love this delicious summer fruit, but what you are saying is “How cool!” in an exuberant way. Perhaps someone is showing you their new car, or teaching you how to use a cool new app on your phone. One word of wisdom though, be careful how you use the word fig in Italian because it can have other meanings that you might not want to say in public.

This is one of those colorful expressions that everyone should know, especially if they get annoyed easily, like me when I am renewing my residency documents in Florence. The literal meaning is “break the boxes” but what it really means is to get on someone’s nerves. You might say La smetti di rompere le scatole? “Are you going to stop annoying me?” but hopefully the person gets the hint before you need to break out this much-used expression. One side effect however, is you may never look at boxes the same way again.

Even if your Italian skills are at this point basic, you probably recognize the word “fruit” in our third expression. If you google translate this, you might get “we are at the fruit” which might not make sense to you now, but it’s actually a common thing to say when you’ve reached rock bottom or you have reached “the end” – usually in regards to something negative. As I ponder why this might be used in Italian it could be because fruit is often eaten at the end of the meal. 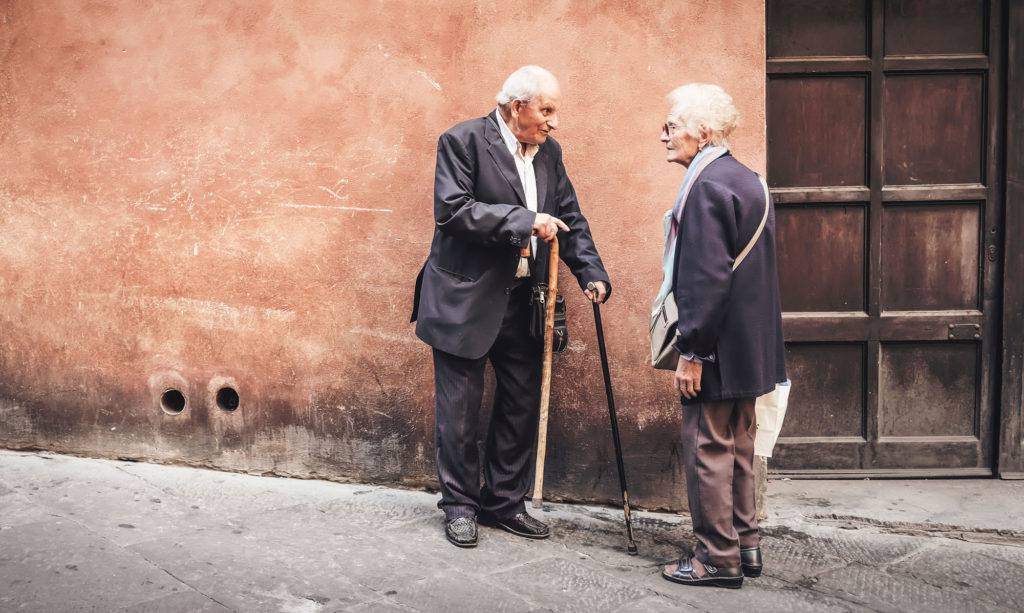 Naturally I couldn’t do a list like this without including at least one Florentine slang phrase and “Icche’ tu’dici” is one I often hear on the streets as I eavesdrop on local conversations while walking the dog. It means “what are you saying” in a playful way, often something in regards to disbelief at what someone has just said. Of course, we all love a little drama in our lives so the next time your Florentine friend says something that doesn’t really make sense respond with an exaggerated “ma icche’ tu dici!”

There isn’t a day that goes by that I don’t mutter at least one “boh” whether we’re in Italy or the USA. This treasured local expression is slang for “non lo so” which translates to “I don’t know” in a very shrug your shoulders kind of way. If someone asks you how your last exam went at university? You could answer “boh, vediamo”… I dont’ know, we’ll see.

There are times in life when things or actions seem to stick out like a sore thumb (I couldn’t resist adding an English idiom to the bunch) and if you want to make that point in Italian you can use “ci sta come il cavolo a merenda”. The literal translation is “it’s like having cabbage for snack” but really means it doesn’t make sense, or “fit in” with the current situation. For example, a phrase you could see is “Per gli italiani, il cappuccino durante i pasti ci sta come i cavoli a merenda.” – For Italians, a cappuccino during a meal is like having cabbage for a snack. Which naturally you wouldn’t see as normal in Italy! However, this girl could eat cavolo nero (black cabbage) for breakfast, lunch and dinner!

Not this kind of buttons

This might be a personal favorite for anyone who has been stuck next to a chatterbox on the bus or out at a party. We’ve all been there, silently passing the time in our brain as the unsuspecting person blabs away about everything you aren’t interested in. Naturally in a country where people love to talk, this happens a lot. “Attacare un bottone” literally translates to “sew on a button” (which hey, is pretty boring in itself) but the real meaning is holding someone hostage with a long, very boring conversation. For example: “Ogni volta che l’incontro, mi attaca un bottone” – every time I see him, he traps me with a very long and boring talk.”

It’s a cold dog? Don’t worry, I haven’t officially gone insane but this is one idiom you would use when it’s verrrrry cold outside. Some say this comes from the Eskimo population (very near Italy I know) that would use dogs to help warm up their tents.

Every once in a while, at work, you might hear someone mutter “il pesce puzza dalla testa”. This funny phrase literally translates as “the fish stinks from the head down” but it essentially refers to problems starting at the top (management) and that the boss is responsible. So, I suppose if you really wanted to make a point, you could gift your boss a stinky fish head? Though I wouldn’t take my word for it!

Naturally in a country as food-centric as Italy, you will also find many idioms and expressions tied to cuisine. As parsley aka prezzemolo is especially abundant around the boot in any number of dishes since ancient times, you often see the expression “sei come il prezzemolo” (you are like parsley) meaning that a person is everywhere! You know, that guy or gal you see at every event, dinner or social occasion (guilty as charged).

You’ve probably all heard of the expression “no point crying over spilled milk” well this is your handy Italian version with the mercifully exact same meaning aka non piangere sul latte versato. Perhaps it’s just me because I am an eternal klutz, but I find it comforting that no one can ever blame me for dumping a liter of milk on the ground if it already happened…right?

For any of you parents out there with lively children, this is the Italian expression you’ll want to remember. Avere l’argento vivo addosso actually means to have mercury, that is silver in color that moves and divides at the slightest touch, on you, but what it really means is to be a very lively, energetic person. Or if we want to use a popular English idiom “to have ants in one’s pants.” 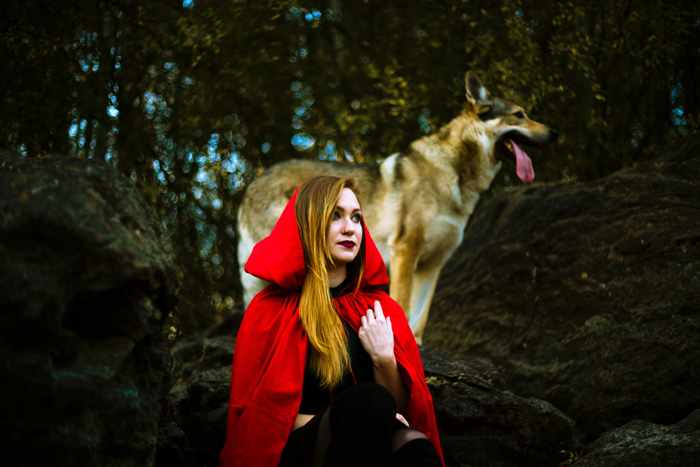 Do you think it has anything to do with little red riding hood?

The concept of “giving or receiving luck” varies from country to country. I will never forget the day when a bird pooped on me in the middle of Piazza Santa Maria Novella and someone commented that this was considered good luck in Italy. I appreciated the kind words however it was less important than finding a way to wash myself of such “fortune” as the stinky reality truly sank in. If you want to wish someone good fortune, be careful not to say “buona fortuna,” the obvious translation, especially to someone about to get on a theater stage. Instead you’ll want to say “in bocca al lupo” that literally means “in the mouth of a wolf” that refers to the hairy beast swallowing any misfortune that couldn’t possibly arise. The person must respond “crepi” which basically means “kill the wolf”.

From figs to buttons and wolves, which of these Italian expressions do you think you could use… and which will you keep to yourself, in fear of making mistakes?