Events in and around Siena – an annual calendar 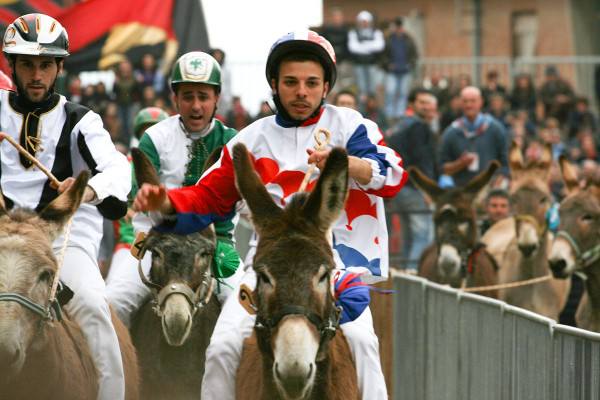 If you’re visiting Tuscany at any time of year, there is so much to take in, from art and culture to food and wine, that it’s hard to come up with the perfect itinerary to fit it all in. But one of the most authentic things you can do is to participate in a local event, where you are bound to pick up some local culture, meet new friends and bring home memories. With guests at Dievole in mind, we’ve compiled this list of recurring annual events in Siena Italy and also in the surrounding countryside.

The philosophy of the Siena Guitar Festival is that good music should not be defined by genres. Thus the festival is instrument-based, i.e. anything guitar. Creativity and experimentation are welcome in an open usical dialogue that takes place at Siena’s Teatro dei Rozzi.

February means it’s Carnival time in Italy, the “party time” before the lenten solemnity that precedes Easter. Every small town has its own Carnival parade and events, so ask around, don a mask, and make sure to taste some of the local sweets that abound at this time of year. 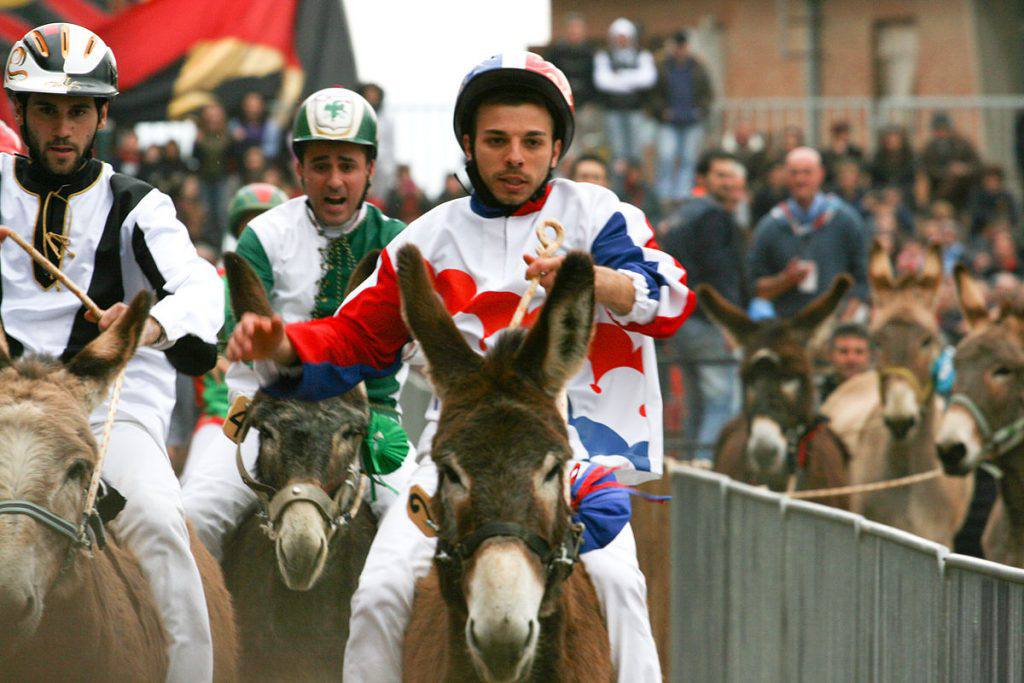 Torrita di Siena’s palio is in honour of Saint Joseph, protector of woodworkers, inspired by the values of simplicity and hard work. There are parades, flag throwers, and much fanfare to celebrate the day that ends with a ball game played by the city’s eight contrade near its historic walls. Unquestionably a very local event!

This is for chocolate lovers! A fair to taste and purchase various kinds of chocolate, made locally and around Italy. Each year there are new and special events, such as liquid chocolate barman shows, cooking shows, and areas dedicated to specific types of chocolates. The fair takes place the second or third week of March in Piazza del Campo, and also travels to other cities.

Towards the end of the month, the city of San Quirico d’Orcia hosts a wine festival at which it is possible to taste local wines through special wine tours, aperitivi, or at the booths. There is also poetry and music and various activities. 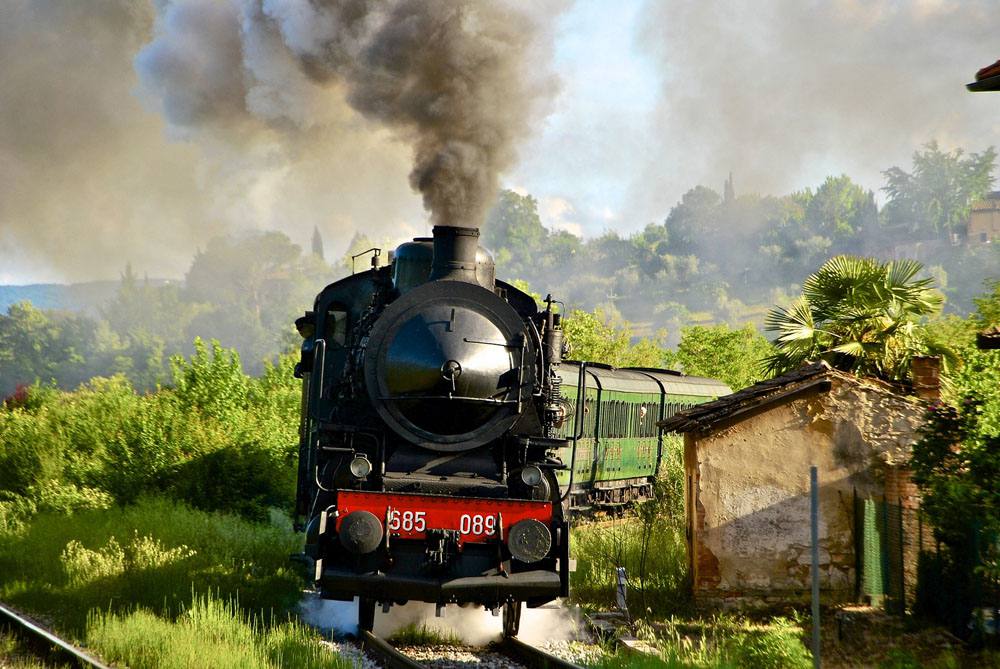 A May 1st tradition in this area is to take the historic steam train that departs from Siena at 8:50am and takes you through the marvelous scenery of the Crete Senesi, Val d’Orcia and Amiata mountains. The destination is Sant’Angelo Scalo, where there will be a lunch, folk dancing, a fair and more. But as you know, the destination is just a pretense for the voyage! 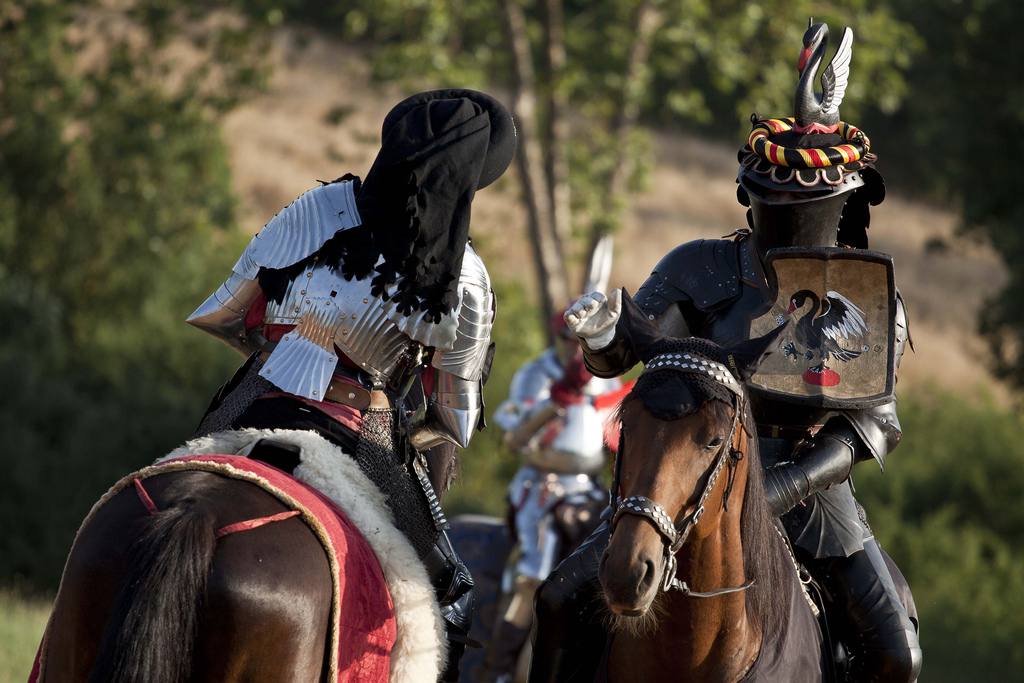 Two weeks of July (in 2015, the dates are July 3, 4, 5, 10, 11, 12) and 2 days in June (in 2015, June 27-28) are host to a medieval fair that has nothing to do with the kind they have in other countries. Monteriggioni’s fair is known to be one of the best as a representation of Tuscan tradition, medieval style. The quaint little medieval town is a natural backdrop to the celebration, which includes everything from jugglers and firebreathers to jousts and playacting. There are activities especially for kids, too. 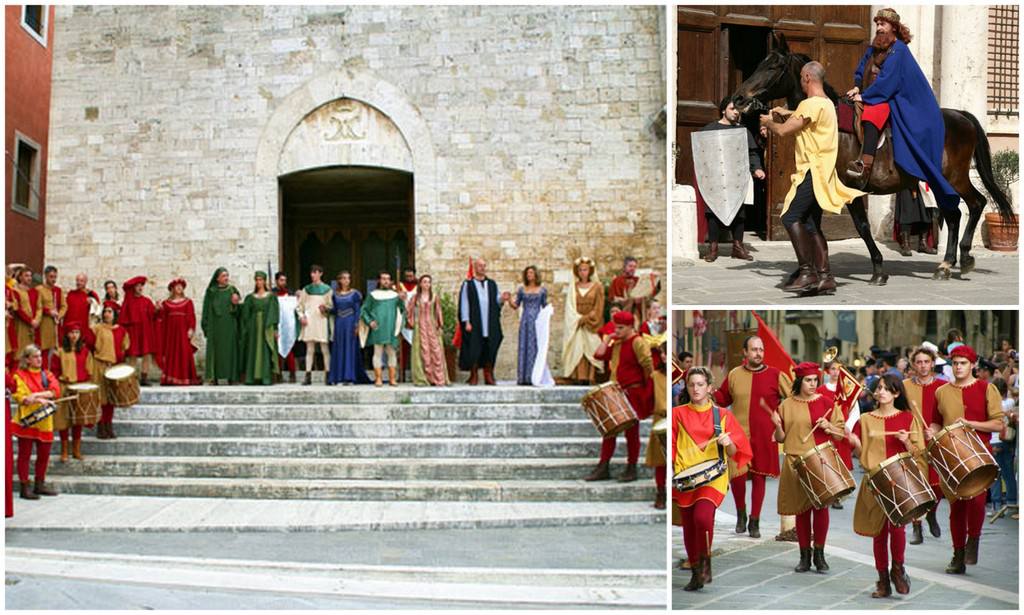 Frederick I of Hohenstaufen, known as “red beard” or Barbarossa in Italian, entered San Quirico d’Orcia in the year 1155 for a meeting with Cardinals, which was the last step towards his coronation as Emperor. For the village of San Quirico d’Orcia, Barbarossa’s visit and the events surrounding it represent the most important episode in its history; at this time, the town was made into a Imperial Vicariate, a political-administrative role which it maintained until the fall of the Republic of Siena. The festival in June celebrates this moment with a historical re-evocation full of costumes and music, flag throwing and a parade put on by the town’s areas, who compete to put on the best show.

The town of Torrita di Siena has been hosting this imporant musical event since 1989. An occasion for all jazz and blues-lovers to hear some good music played by local and national talents. The event is usually held in the third week of June.

The Palio of Siena is probably the most famous event in Tuscany, if not in all of Italy – when horses run, guided by jockeys that represent the town’s rioni (areas), in the picturesque Piazza del Campo. For the Sienese it’s not just an event but part of their identity. Some of the rules date back to the first year that it was run, in 1644. The Palio is on the same 2 days every year: July 2 and August 16.

10km outside of Siena and just a few kilometers down the road from Dievole is the Chianti Sculpture Park, where in July and August there is a weekly performance of music or dance.

The prestigious Accademia Musicale Chigiana puts on a calendar of classical concerts in the month of July in various churches and theatres in Siena. A don’t miss if you’re in the area!

This street festival in the medieval town of Certaldo Alto is truly magical! With the whole town lit up and full of music and delights, you’ll be enchanted by performers of every type, on stilts, in costumes, reciting poetry, being funny for kids, and everything else you can imagine. An event of exceptional quality that has been continuing for 28 years. 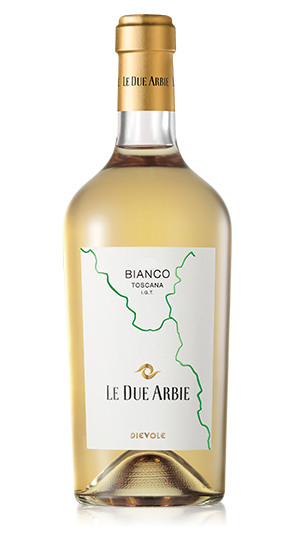 August 15th is Ferragosto, an important holiday in Italy. In Sarteano the day is marked with the Giostra del Saracino, a re-evocation of a historical joust against the Saracens that is today carried out with a dummy. No animals or humans will be hurt, but a good time is sure to be had.

Have you ever seen a donkey run? It’s quite a scene at Barontoli, outside Sivicille in the province of Siena. Seven contestants from different areas near the town compete for the victory in this show of very local, very countryside tradition.

One of the most amusing events in the area is the “Bravio delle botti” in Montepulciano, where men push a barrel weighing 80 kilos over one kilometer. He who goes fastest wins, of course.

The towns of Asciano, Iesa and Monteroni d’Arbia get together to compete in the annual donkey race (see above) in September, which isn’t just a race but really a town party, with plenty of food and fun. 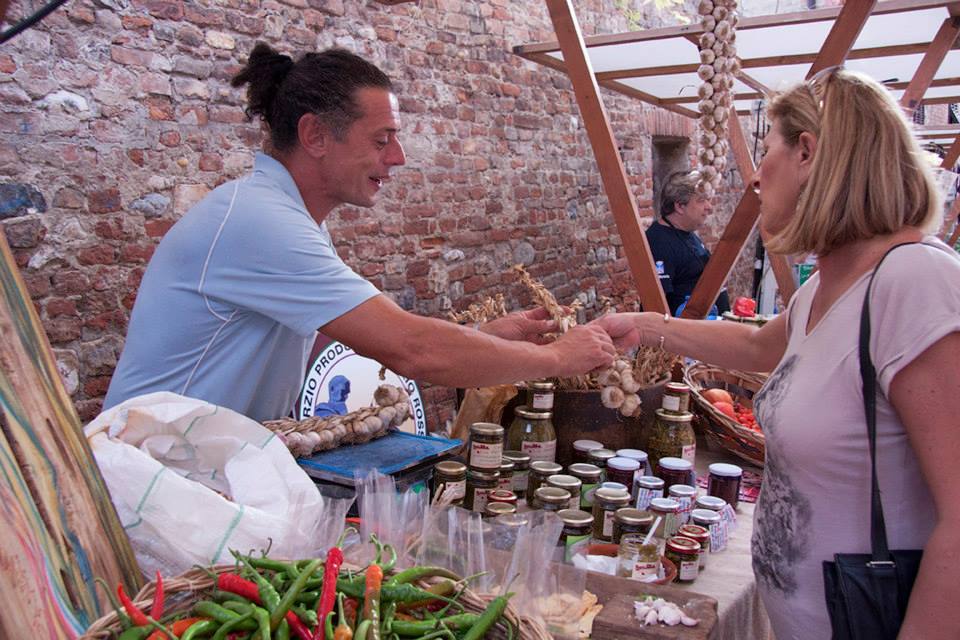 Boccaccesca is a much awaited annual event in the town of Certaldo Alto. The town is transformed into a wonderful assortment of foods to taste, including things made with the local red onion. Beyond food stands, all very cute and in line with the town’s medieval look, there are games, cooking demonstrations, and even nutritionits on hand to help you improve your diet.

Saffron is the star of this food fair in November in the medieval tower-town of San Gimignano, which is historically known for the production of this “yellow gold”. The event helps you imagine the vastness of cooking possibilities of the flower, which you can of course purchase to bring home.

The medieval Christmas market of Siena is set up in Piazza del Campo, with artisan treats as well as enogastronomic delights.