Autumn in Tuscany: 7 great ways to spend the day 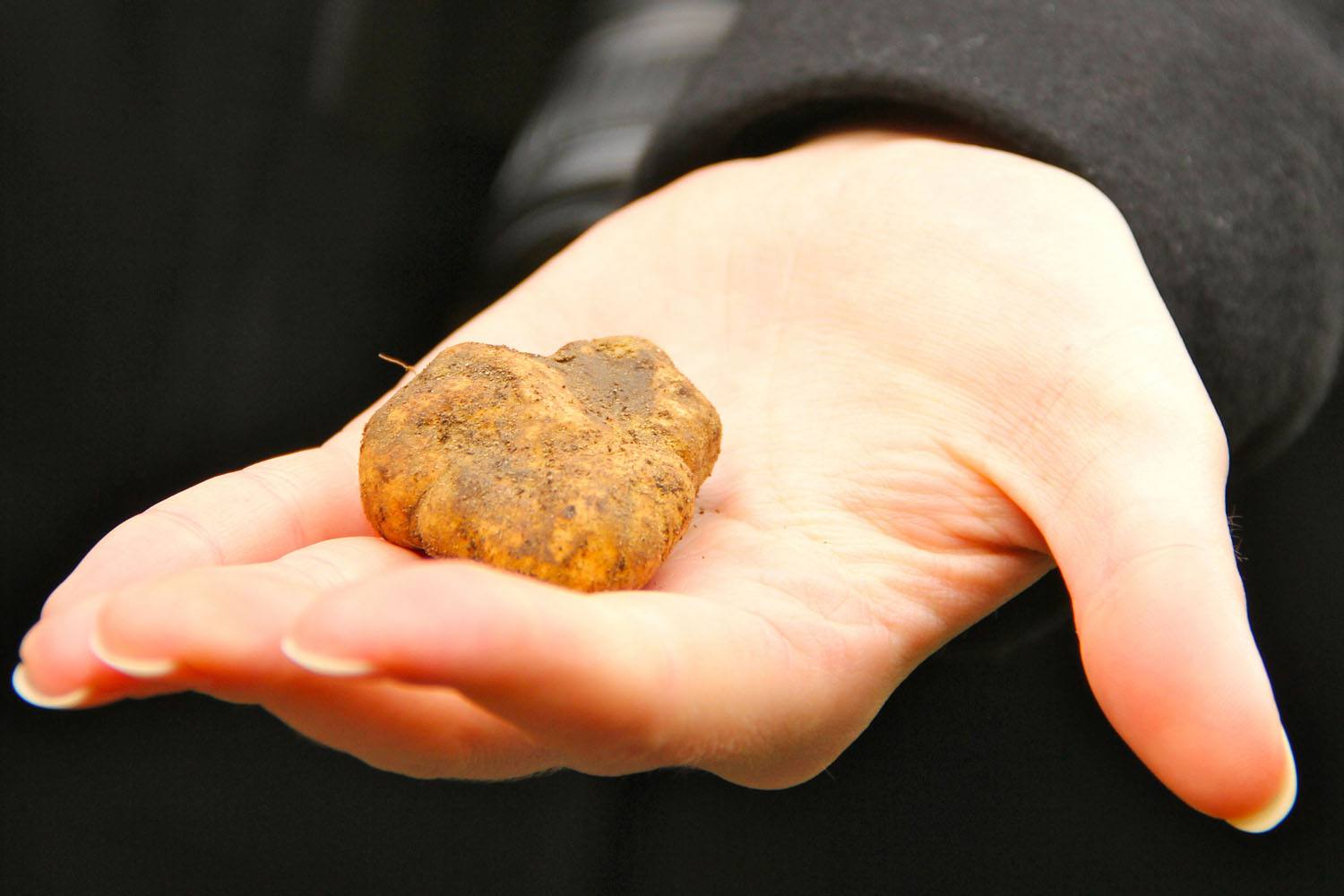 There are few things as beautiful as autumn in Tuscany. In this post, we show you what to do in Tuscany a day in autumn to spend an unforgettable day.

Truth be told, there really isn’t a bad time to visit our region (though maybe we’re a little bit biased). But we have to admit there’s something particularly magical about Autumn in Tuscany. From gorgeous foliage to unforgettable food, all the fall cliches come out in full force, making it seem that autumn was made with Tuscany in mind. If you’re traveling through Tuscany in autumn, these four rituals and activities will make the season particularly memorable. 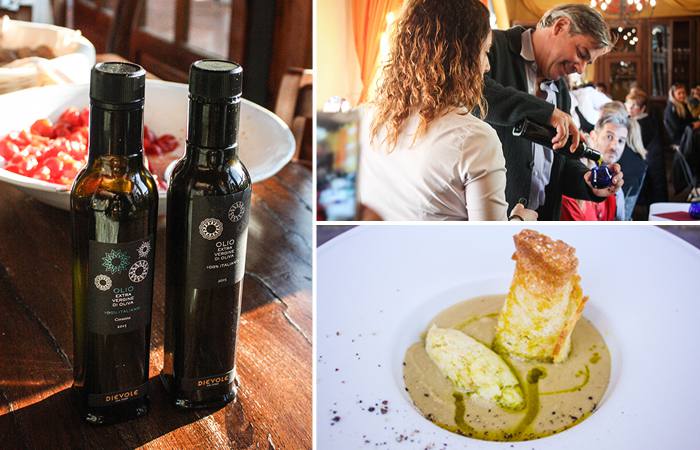 Autumn in Tuscany is also about EVOO, that’s why we celebrate Dievole Olio Day! Please click on the link for more information on Dievole’s Olio Day 2017

While most people think of the grape harvest, which takes place at the end of Summer, mostly in September, the olive harvest begins soon after. Here in the Chianti Classico area, we harvest our olives from October 15 to November 15. Every year we also have an olive oil day when guests can taste the brand new olive oil ‘olio nuovo‘ and learn about it in the context of our olive groves. New olive oil is something truly special, a tangy treat for the taste buds, that creates a once in a lifetime experience. 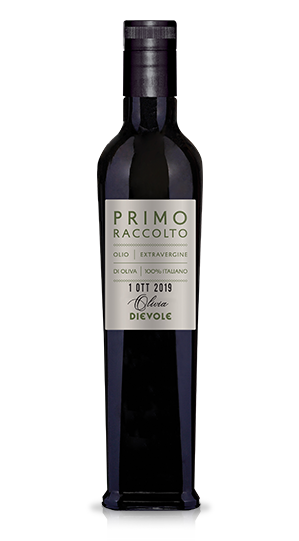 Celebrate the height of harvest season 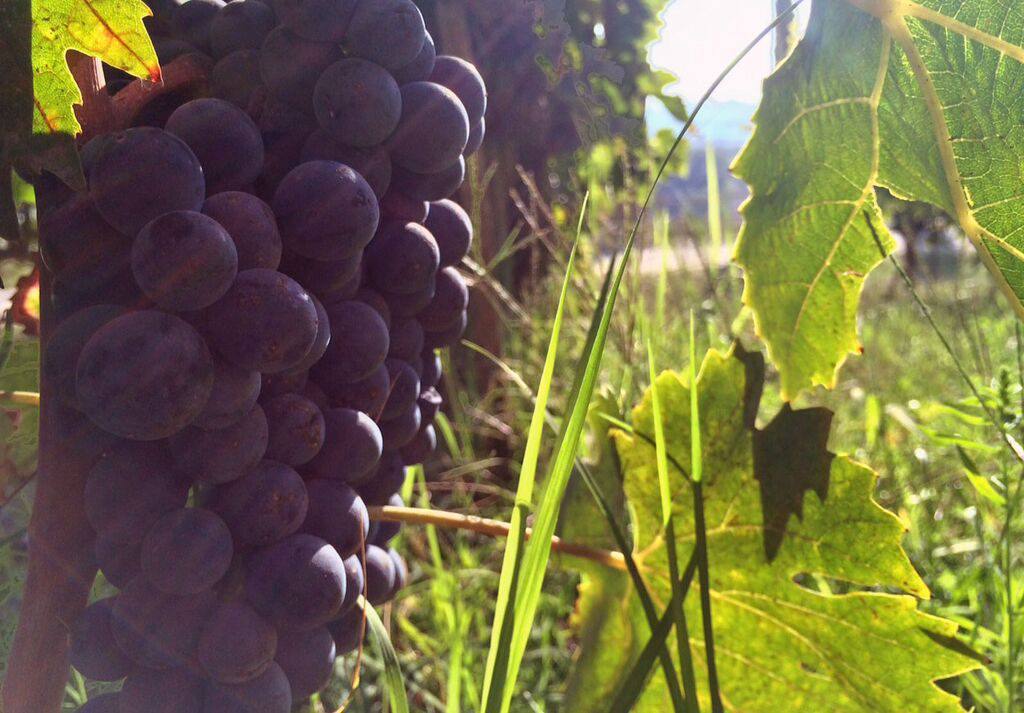 Sangiovese grapes almost ready for the harvest at Dievole

The vendemmia, or grape harvest, is one of the most time-honored Tuscan traditions. Harvest season runs throughout September and into the first days of October, so wine is the key word! Once that’s done, get ready for the olive harvest and all the associated festivals. Physical participation a the grape picking can be tricky to coordinate, but there are so many other exciting rituals in which to take part. Lively harvest festivals, like the famous Festa dell’Uva in Impruneta or Expo Chianti Classico in Greve, are on almost every weekend. Venture out of the major cities and enjoy a side of Tuscany that most travelers don’t see. Harvest festivals host wine tastings and food events, of course, but sometimes the highlights aren’t even the grapes: quirky parades, medieval re-enactments, and full-on floats are all par for the course at these celebrations.

A taste of Autumn in Tuscany: Go crazy for chestnuts 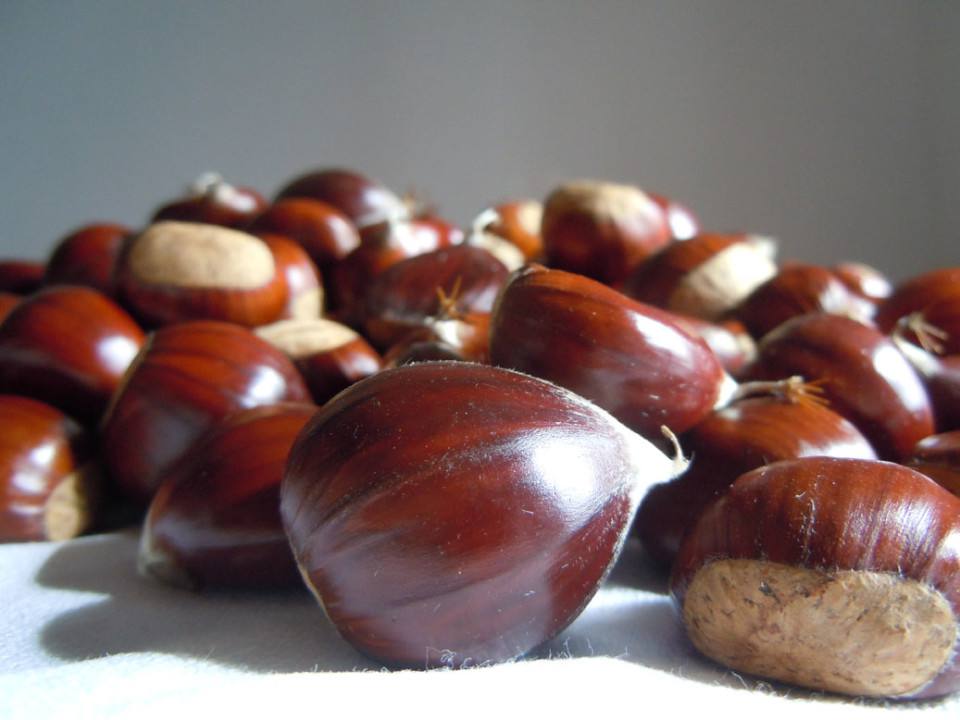 If you’re staying in Florence and seeking a fall weekend getaway, look no further than the Mugello area: in the height of chestnut season every October, this charming region hosts numerous festivals for the fruit. But the menu at a Mugello autumn event will contain plenty of options beyond just the roasted bits. You’ll be surprised at just how many dishes, sauces and snacks work well with chestnuts as a base: ravioli, pancakes and crepes, jams, cakes and the classic castagnaccio dessert, made with raisins, walnuts, rosemary and pine nuts, are just a few examples. Chestnuts hold the culinary essence of Autumn in Tuscany.

Head to Marradi, the birthplace of poet Dino Campana, to the historic Castagna Festival, where you can taste the famous “Marroni of Marradi” (as they are known locally) and the numerous recipes they are used in, such as: tortelli, pies, jams, and marrons glacé. For this very special occasion, you can reach Marradi the old-fashioned way, by steam train, which connects the village to Florence to the Festival and travels through pristine Tuscan landscapes under crisp blue October skies.

Give in to truffle temptation 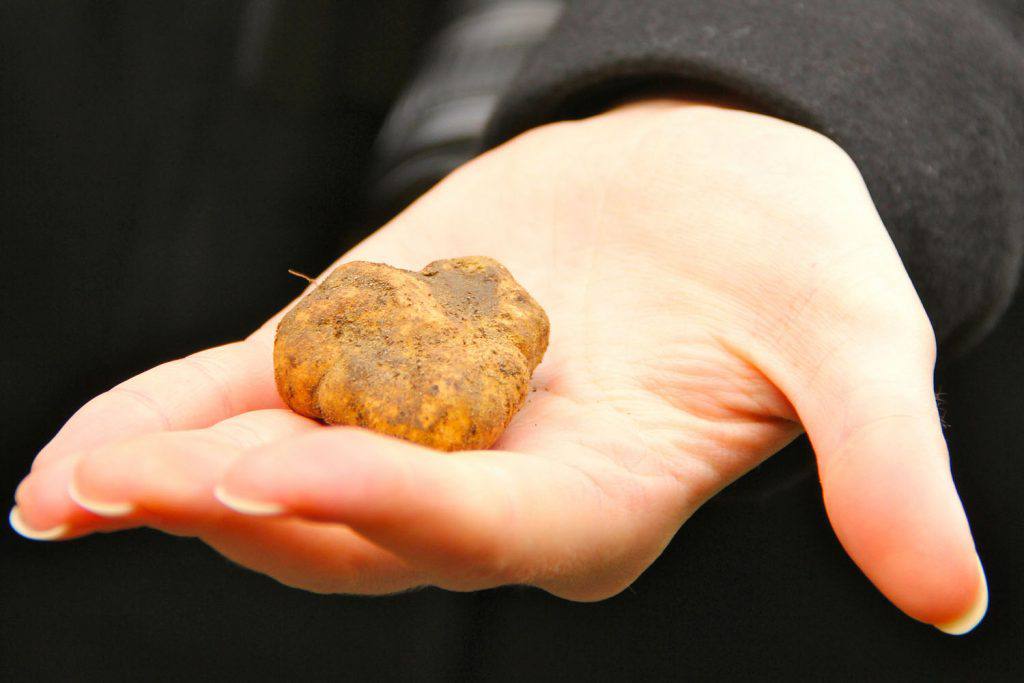 The later part of Tuscan autumn means truffles—and lots of them. Shake any childhood images you may have of the chocolate candies of the same name, when you hear of truffles in Tuscan you’re talking about the tasty tuber. Truffles are a type of fungus (sub-type, tuber) used in some of the finest world cuisine, and cost-wise it’s on par with edible gold. Truffles reach their prime in the fall months, particularly in November, which is perfect because the tuber-based dishes are not exactly light summer fare. Try out a delicious truffle-based primo like tagliolini al tartufo, or let yourself indulge in pollo con tartufo e asparagi (chicken with truffle and asparagus) or most any other meat ‘al tartufo.’ Want to sing for your supper? Try going on a truffle hunt: it’s the ultimate authentic Tuscan experience that you simply can’t replicate anywhere else. You won’t have to venture into the wild on your own: plenty of professionals offer guided excursions with trained truffle-hunting dogs (followed by a full spread of truffle-based specialties, of course). 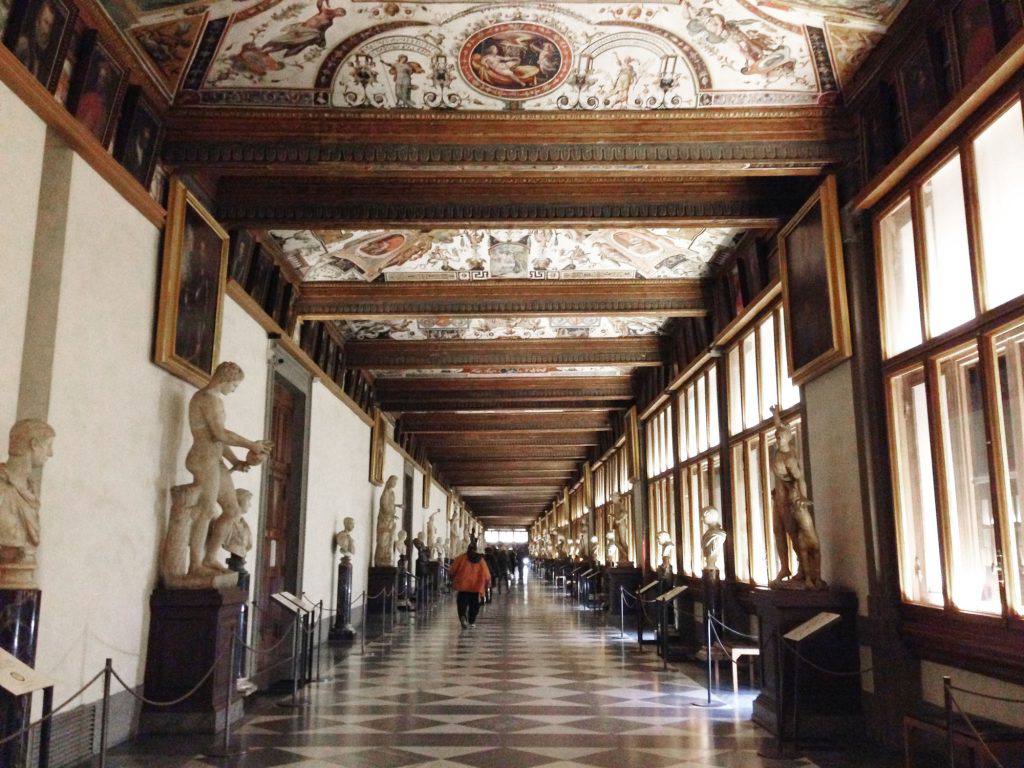 Most people tend to take their time off in the summer, as tradition goes. But booking a shoulder season trip to Tuscany has countless benefits. Though Italy will never not have international travelers, tourist season reaches its peak in the summer months, stays pretty steady throughout September and then fizzles out a bit as autumn gets colder. Mid-to-late October and November are ideal times to visit major monuments and museums without the hordes you find in the high season. Schedule some quality time with Botticelli’s Birth of Venus in Florence’s Uffizi; follow the Piero della Francesca trail in Arezzo; climb to the top of Siena’s Cathedral without elbowing others on the way up.

Indulge in Porcini and Other Food Festivals 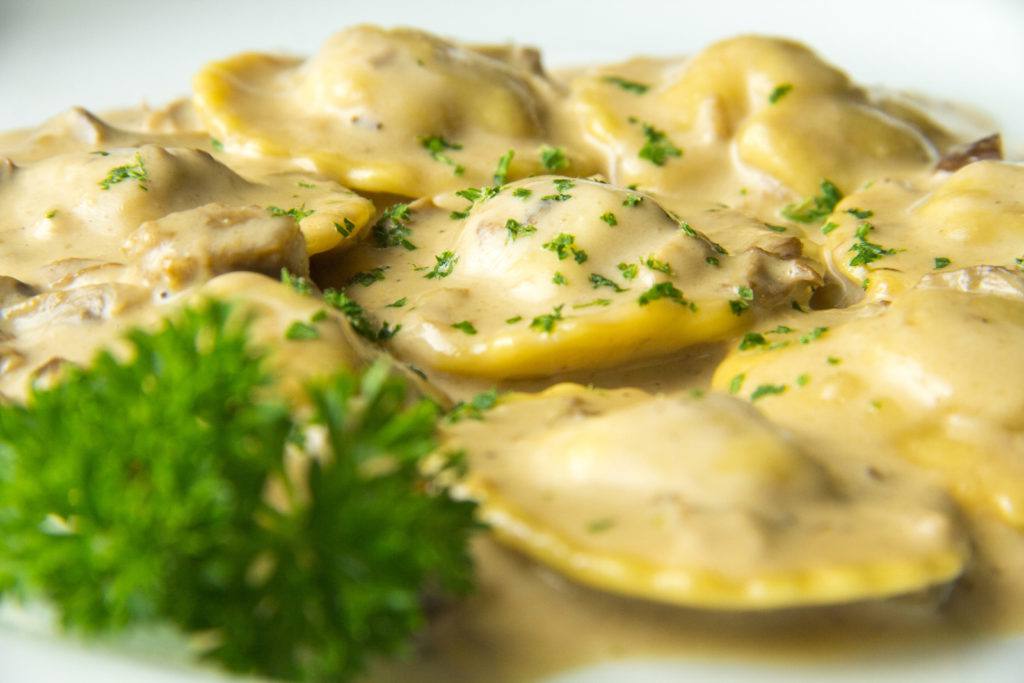 Fall also means new flavors in Tuscany with a wide variety fairs and festivals to satisfy even the most discerning of travelers. To best enjoy these delights treat yourself to an out-door trip through the countryside, exploring the festivals dedicated the flavors of the woods. Explore the most traditional seasonal products made from mushrooms, chestnuts, and truffles. Mushrooms don’t quite get the attention they deserve when compared to other seasonal bounties, and yet they are prevalent in dishes and recipes throughout the region such as ravioli fillings, pasta sauces, and conserves. In addition, porcini are often eaten by themselves, gently fried in olive oil with a dash of salt and a thin sliver of garlic. Once a year each of these dishes find their home at one of the many festivals throughout the land, such as those of Balconevisi, Palazzuolo sul Senio and Abbadia San Salvatore where you can explore traditional dishes and creative reinterpretation of the classics. 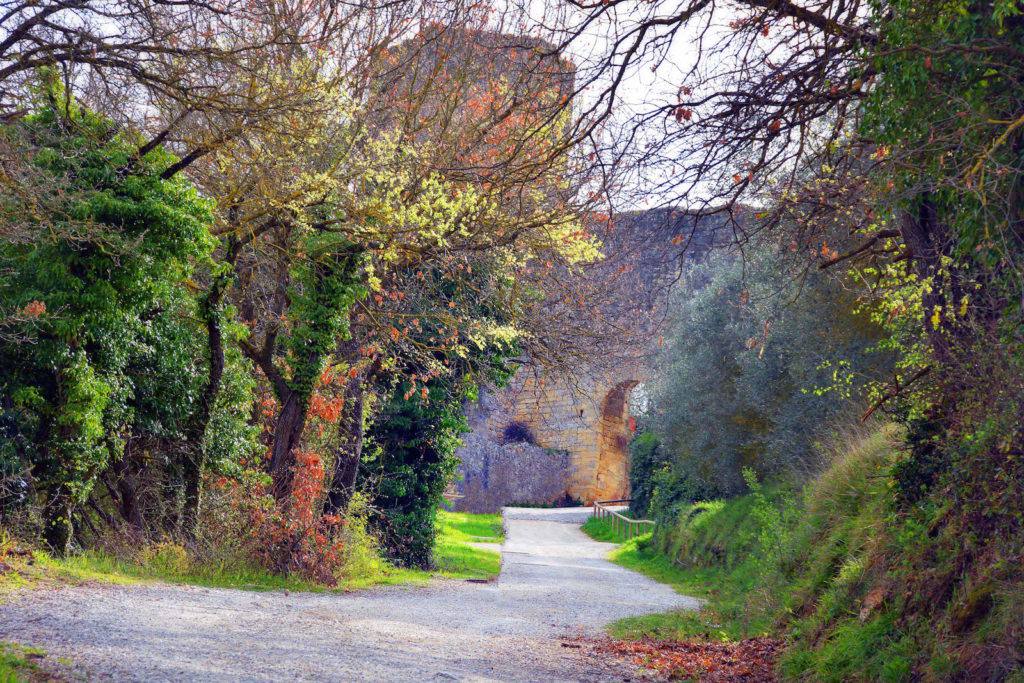 The Tuscan equivalent of El Camino de Santiago, La Via Francigena connects Rome to Canterbury and is said to go as far as the Holy Land.

The fall is perhaps one of the best times to enjoy Tuscany’s “pyrotechnic” display of natural colors which blend with the sunlight to give the countryside its distinctive golden tinge. With a wide array of colors ranging from bold reds and vibrant oranges to gentle yellows perhaps the best way to make the most of the region is in nature itself. Try exploring Tuscany’s many natural parks and paths including the famous Via Francigena. The ancient trail, which was used by pilgrims en route to Rome, is the perfect way to explore the Tuscan landscape and its many smells and sounds either on foot, by bike, or even on horseback.

This website uses cookies to improve your experience while you navigate through the website. Out of these, the cookies that are categorized as necessary are stored on your browser as they are essential for the working of basic functionalities of the website. We also use third-party cookies that help us analyze and understand how you use this website. These cookies will be stored in your browser only with your consent. You also have the option to opt-out of these cookies. But opting out of some of these cookies may affect your browsing experience.
Notwendig Immer aktiviert